Bangladeshi garment manufacturers have been eagerly 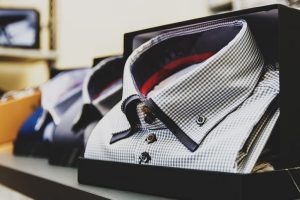 anticipating the second annual Dhaka Apparel Summit this Saturday. The event will be hosted by the
Bangladesh Garment Manufacturers and Exporters Association (BGMEA) and was set to host representatives from numerous domestic and global brands. Bangladesh has been rapidly growing as a sourcing hub for several years and currently represents nearly 6% of the $450 billion global garment trade.

The summit was planned to demonstrate continuing growth in the Bangladeshi manufacturing sector, which has been a topic of heated debate since the infamous collapse of Rana Plaza in 2013. Unfortunately, difficulties in the sector continue to mount. Since December, garment factory workers in Bangladesh have been striking and demonstrating in Ashulia to demand a raise in the minimum wage, which currently stands at approximately $67 USD per month.

Response to the strikes is adding to the controversy, with reports of police and government officials harassing and suppressing unionized workers. Based on these reports, it seems that the efforts of the Bangladeshi government are in service of stifling manufacturing workers, rather than negotiating the union’s demands. As a result, numerous big-box retailers have backed out of the summit, fearing scrutiny from their customers. Companies that have chosen to skip the summit include H&M, Gap, Inditex (parent company of Zara), Tchibo, Next, C&A and VF Corporation.

The Ethical Trading Initiative is also boycotting the event. ETI’s Peter McAllister gave a statement, saying “ETI recognizes the importance of the Apparel Summit to the future of the ready-made garment sector in Bangladesh. Unfortunately, the current intimidation of workers and their representatives is at odds with a progressive industry looking to secure the sustainable development of the sector.”

Although McAllister isn’t planning on attending the summit this weekend, he plans to meet with stakeholders in Bangladesh to discuss improvements at a later date. The hope is that the collective financial impact of the boycott on the event and its contributors will encourage the Bangladeshi government and industry leaders to address the concerns of factory workers, rather than suppress them.

Across the board, businesses are feeling compelled to express their opinions through boycotts and donations in accordance with their mission. Boycotts in the apparel and service industry have become extraordinarily common, both on individual and corporate scales. In one such instance, activewear retailers including Patagonia and Polartec chose not to participate in Salt Lake City’s Outdoor Retailer trade show due to controversy surrounding the Bears Ears National Monument.

The summit will go ahead as planned, but eyes are on Bangladesh and their future action with regard to treatment of their employees.

After record losses in Q4, online lender On Deck Capital suffered a drop of as much as 24% in their shares Thursday morning. The abrupt drop led Tybourne Capital, the company’s largest shareholder, to sell its entire stake.

Since the company went public two years ago, it has yet to gain profitability and reported a loss of $85.5 million in 2016.

Click to learn about lending options from Express Trade Capital.

Sears has struggled for quite some time, but it seems that the retailer still has a few tricks up its sleeve.

Like many brick and mortar retailers, Sears has struggled against the drop in brick and mortar retail for more than a decade, most notably since the company merged with Kmart in 2005. After several attempts at staving off bankruptcy, including a $300 million financing contribution from Founder/CEO Eddie Lampert’s hedge fund, Sears has made an aggressive move to trim the fat from the national corporation. Although holiday retail sales were neither encouraging nor terribly underwhelming across the board, Sears saw their difficulties mount with a 10.3% drop in comparable-store sales in Q4 of 2016. 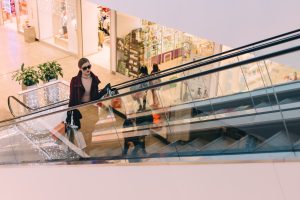 Sears may have been prompted to take more drastic action by the notably underwhelming winter holiday season, even by the recently fallen standards of Sears/Kmart sales. The company has announced that it plans to “streamline operations” in 2017 and reduce costs by at least $1 billion annually.

Sears has announced plans to cut costs by gathering some of its stores into a real estate investment trust, imposing sale prices on certain items, and additional raised debt from Lampert’s ESL Investments. So far, Sears has sold five full-line stores and two Sears Auto Centers for $72.5 million since the new year and engaged Eastdil Secured LLC to raise at least $1 billion in real estate sales. The initial effect of the retailer’s efforts certainly show, with stocks up 30% in early trading Friday morning, but some sources doubt that Sears can cut costs and boost sales enough to last long-term.

Jim Cramer of CNBC’s “Squawk on the Street” commented on Friday morning: “There’s always rabbits out of the hat with Sears. It’s always Eddie Lampert coming out and saying. ‘Listen, you bet against us, you’re making a mistake.’ It always lasts for as long as it takes to be able to see the next same-store sales numbers.”

Cramer’s point is that Sears has shown a remarkable ability to tread water through financially trying times, but usually doesn’t come up with a plan that will sustain the business long-term. He went on to say that the survival tactics won’t have any lasting effect if people still aren’t shopping at Sears.

Many of Sears Holdings Corp’s plans to keep stores open are a bit vague at present, so it is difficult to say whether the business will continue to focus on surviving, rather than implementing plans to thrive. Although Sears and Kmart have failed to turn a profit in more than a year, their actions in the last month may indicate a new willingness to succeed by whatever means necessary.

There are several varieties of trade finance that offer working capital flexibility well beyond that of a traditional bank loan. Whatever causes your particular cash-flow problems, chances are there is a trade finance solution perfectly suited to your needs.

Factoring and Purchase Order Financing are two of the most common varieties of trade financing. Both methods are ideal for vendors who sell large orders to retailers on open terms. Factoring is an agreement whereby you sell your open invoices to a company, known as the factor, and they then typically provide you with approximately 80% of the value of the invoices immediately. Your customer(s) then owe the factor the invoice total and you receive the remaining balance, minus factoring fees, when your customer pays your factor.

Factoring is an excellent solution for those who need payment for their outgoing orders immediately but are reluctant to decline offering open terms to their customers. Since factors usually advance funds based on a percentage of your invoices (i.e. your receivables) the credit line is only limited by how many invoices you can generate. Factoring allows you to fulfill as many large orders as you receive without worrying that your working capital will be held up or depleted by waiting to get paid on invoices.

Purchase order financing (also called “PO funding”) is similar, with some subtle differences. When you apply for PO funding, you must provide accurate, up-to-date purchase orders from your customers. Once the purchase orders are confirmed, you receive a percentage of the total value of the PO. Receiving payment ahead allows you to use those funds to pay for manufacturing and shipping costs which frees up your working capital, allowing you to take on more orders.

If your business has been hindered by suppliers, particularly if those suppliers are located internationally, a letter of credit may be the best solution for you. LCs replace deposits, cost of goods and shipping costs you provide to your suppliers and provide an extra layer of protection for both you and your supplier. A letter of credit functions somewhat similarly to an escrow in the sense that it assures the supplier of payment, but only on the condition that goods are shipped on time and received as expected.

Trade finance allows you and your business to grow and adapt by drastically increasing cash flow on multiple fronts. A growing business has more cash flow issues than most people realize and your company’s growth should be handled carefully, with the help of experts. Trade finance professionals understand that your business needs funding in order to operate and will not trap you in a cycle of debt and inflexible lending terms that will ultimately hurt your expanding business. By following a transactional model, trade financiers target funds to ensure that both the borrower and lender are made whole and protected all throughout.