Bitcoin was introduced in 2009, but didn’t receive significant attention until the fall of 2017. In the last few months of the calendar year, the cryptocurrency saw a remarkable rise in value, peaking at $19,343 USD in December. All the while, competing cryptocurrencies like Ethereum and Ripple grew concurrently, though they’ve yet to attract as much attention since they are newer and haven’t reached Bitcoin’s astonishing market value.

Shortly before the shocking sell-off, South Korean finance minister Kim Dong-Yeon mentioned potential plans to rein in, or even shut down speculative cryptocurrency trading in a radio interview. Prior to the interview, there had already been some discussion of regulatory updates in South Korea and China – two of the biggest cryptocurrency markets in the world. Both countries are concerned about anonymous traders engaging in disreputable or illegal exchange via cryptocurrencies. Several experts blame the finance minister’s comments and the rumors surrounding them for the sell-off and subsequent drop in prices across the cryptocurrency market, saying that he “spooked” investors and caused a fear-based fluke.

In mid-January, Bitcoin’s value dropped nearly 19% within 24 hours reaching a low point recorded at $9,199.59, or less than 50% of its peak last month. Although the cryptocurrency (along with its competitors) bounced back to a more reasonable price by the end of the day and continued to rise that week, traders are beginning to wonder if the Bitcoin bubble is bursting. Regulators have been concerned about the extremely volatile nature of Bitcoin and its potentially illicit uses for some time. 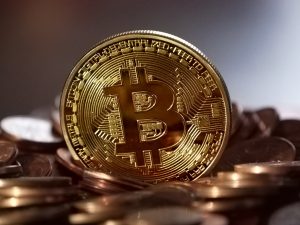 Experts are quick to point out that despite the recent spike in use and market value, consumers still rarely use Bitcoin in transactions beyond currency trading. Many wonder if it will ever be used universally enough to achieve the convenience of credit cards and digital payment methods like PayPal. Goldman Sachs recently released a report saying, “We think the concept of a digital currency that leverages blockchain technology is viable given the benefits it could provide: ease of execution globally, lower transaction costs, reduction of corruption since all transactions could be traced, safety of ownership, and so on. But bitcoin does not provide any of these key advantages.”

As of now, processing for each bitcoin transaction can take up to 10 days and conversion rates can vary wildly (up to a 31% margin) depending on what exchange traders use. Fortunately, the Goldman Sachs report also stated that since cryptocurrencies make up only 3.2% of US GDPs and .8% of global GDPs, so a Bitcoin bubble burst probably won’t significantly affect the economy at large. It is, however, looking more and more likely that Bitcoin won’t be useful beyond currency trading, since fewer businesses are accepting the cryptocurrency all the time. Most recently, Microsoft, Stripe and Steam have all announced that they will no longer accept Bitcoin due to high transaction fees, price volatility and an overly congested network.

It’s been a wild ride for Toys R Us and yet again, it looks like there may be a tragic end in sight.

Toys R Us filed for Chapter 11 in September in hopes of restructuring its debt and rebuilding. However, developments since then have been less than promising. Following a disappointing holiday season, Toys R Us announced that it would close 175 of its US locations, 20% of its total retail presence in the US.

Despite efforts to trim the fat and manage the retailer’s mounting debt, rumors are circulating that Toys R Us may breach a covenant in debtor-in-possession financing facilitated by J.P. Morgan Chase prior to the Chapter 11 filing due to insufficient funds. If Toys R Us is unable to pay off the $3.1 billion in financing, the lenders involved may choose to force the retailer into liquidation.

Although Toys R Us officials have dismissed these concerns as speculation, it seems highly unlikely that the toy retailer’s troubles are over.

The apparel retailer has been struggling with sales losses, mounting debt and management upheaval for some time. Late last year, the business invoked a 30-day grace period to pay $14 million in interest in hopes that holiday sales would supplement dwindling funds. Unfortunately, Bon-Ton reported a 2.9% fall in comparable-store sales during the crucial winter holiday period. When news of Bon-Ton’s increasing debt reached vendors, many of them began requiring letters of credit or cash on delivery for goods, which compounded the chain’s financial issues. In mid-January, conditions were so dire that stock fell to a meager $0.29.

As part of the restructuring plan, Bon-Ton executives decided to downsize the chain’s brick and mortar presence (particularly those in malls) in favor of expanding its ecommerce options. Like many store-based retailers, Bon-Ton is hoping to rise to competition from the likes of Amazon and other ecommerce-based retailers. According to the Securities and Exchange Commission filing, Bon-Ton plans to scrutinize 100 of its 260 US locations and close at least 40 and as many as 60 of them in 2019. Closures will likely include locations of all the chain’s stores including Carson’s, Elder-Beerman, Herberger’s and Younkers. The chain also plans to improve its more successful facilities by remodeling flagship stores and potentially opening new stores in more advantageous locations.

Taking a cue from Macy’s, Bon-Ton also plans to expand its private label products so that they make up 25% of total merchandise. For perspective, discount retailers Kohl’s and J.C. Penney (both of which have done remarkably well despite the difficulty facing brick and mortar retailers) occupy 46% and 52% of their products respectively with their own private labels. The chain also plans to renegotiate its leases and potential rent reductions to rein in operational costs. Unfortunately, Bon-Ton stocks have only continued to plummet, falling and lingering below $0.10 this week.

CEO Bill Tracy released a statement addressing plans for the chain’s uncertain future. He stressed that the company would continue operations as usual during the restructuring and that the company is currently discussing options with its debtholders and potential investors. Whether or not it will be enough to combat the significant financial and managerial difficulties facing the business, only time will tell.

Express Trade Capital is proud to be featured twice in The Secured Lender‘s first ever “Innovators” issue!

The new issue details ETC’s own VP Ashley Orlando and Managing Director Mark Bienstock, both of whom give details on Express Trade’s eco-financing efforts.

Click to see our announcement and read the full articles about innovations in the finance industry and the growing relationship between earth-conscious wholesalers and alternative lenders!