For many years, the gender wage gap has been the topic of numerous discussions, articles and debates. Despite increasing attention on the subject, most business owners genuinely believe that they pay all of their employees fairly and based on merit. Counterintuitive as it may be, the most confident CEOs are often the worst offenders.

A number of factors like career choices and discriminatory family leave laws contribute to the wage gap, but research indicates that these contributors don’t make enough difference to account for the disparity. Unfortunately, the biggest contributors tend to be a combination of archaic gender roles and double standards with regard to negotiation and self-promotion. On average in the US, women earn 79.6% of the salary a man earns in the same full-time, year-round employment conditions. Although the gap has certainly decreased over the years, we’ve got a long way to go, particularly among small and mid-sized businesses, before achieving equity. 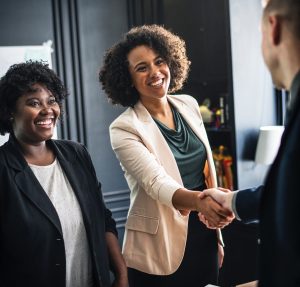 female employees making an average of 43% less than their male peers. There are several reasons for the dramatic difference between perception and reality, but it primarily boils down to subjectivity of performance reviews and raises combined with (perhaps unintentional) discrimination. These issues are particularly prevalent at small companies where roles and responsibilities can be somewhat vague, complicating the potential for equal compensation. Another common road block on the path to equity is the fact that male employees are statistically far more likely to negotiate a starting salary or a raise than their female colleagues. In fact, even when women do attempt to negotiate, they are often seen as pushy or demanding, where their male colleagues are seen as decisive and empowered for doing the same thing.

Knowing all this, you may be wondering: what can I do to ensure that I’m paying my employees fairly? There are several ways to combat the factors that may lead you to unintentionally contribute to the wage gap. Start by researching anti-discrimination laws on the federal and state level to ensure that you are compliant. Then, simply look at the numbers and see if there is a disparity between the salaries of your male employees and those of your female employees at the same level. If you find that there is, consider why. It may be wise to standardize starting salaries, raises and/or bonuses based on position or level rather than allowing employees to negotiate them.

If, however, you find that your male employees are mostly or all in higher-paid positions than your female employees, you may want to reconsider your criteria for those positions and whether it offers an advantage to men over women. Take this opportunity to evaluate advancement opportunities across your company. If men are at a consistent advantage, give your female employees the opportunity to prove their worth and compete with their male colleagues on a level playing field.

Whether or not you unintentionally offer greater advantages to some employees than others, it is always worth evaluating the contributors that lead to promotions and raises on a company-wide scale. You may notice a discrepancy between competence and compensation and at the end of the day, delegating responsibility to your best people is always wise.