CBP informed the trade community today of anticipated trade interruption due to Hurricane Irma. At this time planning is centered on potential impact to southern Florida ports. CBP issued CSMS 17-000540 yesterday with the same basic instructions as those recently issued in regard to Hurricane Harvey. 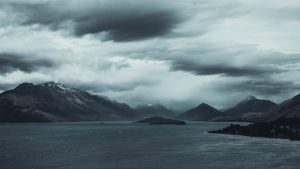 As of 3:00 PM September 6, 2017, only the port of Key West is closed (not a cargo-processing port) and CBP expects to keep other ports open but with reduced operational hours, subject to adjustment based on storm impact.

Miami and Tampa Fish and Wildlife port will be closed on Thursday, September 7, and Friday, September 8, and expected to reopen on Monday, September 11, subject to adjustment based on storm impact. Puerto Rico Fish and Wildlife office is closed until further notice. Fish and Wildlife advised that if FWS cargo is diverted, the closest operational FWS office should be contacted for instructions. EPA will monitor pesticide imports at the local level and will work with filers on any shipments. FDA has issued internal guidance, and CBP will share further updates as they become available.

Express Trade Capital is here to help if you have any questions concerning affected cargo.