Bangladeshi importers and consumers have recently suffered extreme price hikes in one of its most voluminous imports: onions from India. 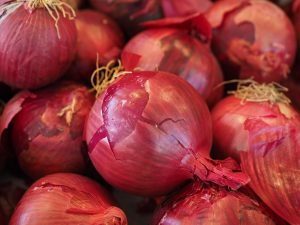 Regional demand for onions is remarkable in general, since they are a dietary staple in several southeast Asian countries. This year’s underwhelming harvest, caused by excessive rainfall in the summer months, has driven Indian onion prices seven times higher than they were just five months ago. These prices are unprecedented and have caused significant disruption in the regional market. The effect has also spread, since several countries in the region rely on Indian onion exports to supplement their own domestic supplies and meet demand. Importers in Bangladesh, Malaysia, United Arab Emirates and other surrounding countries are scrambling to meet demand while Indian officials are limiting exports in an attempt to take care of domestic demand first.

Although the shortage and price hike are complicating things for many consumers across southeast Asia, some importers are taking advantage of the remarkably high profit margin they stand to earn until the next crop of onions hits the market and lowers prices again. Even some importers who normally don’t deal in food are taking the opportunity to make some extra money by shipping and distributing the precious onions.

We at ETC have entered the equation, issuing documentary letters of credit for onion orders from India. We also ship the produce on behalf of importers, primarily in Bangladesh, and assist them in securing both the onions themselves and a piece of the massive potential profit from this unique situation. ETC is uniquely situated, given the breadth and flexibility of our financing and logistical options, to enter such a frantic and volatile market and help our clients make the most of a difficult situation.

Click to learn more about our letters of credit.