Longshore workers from 29 ports across the west coast have voted to determine whether to extend the collective bargaining agreement they share with the Pacific Maritime Association, or PMA, for an additional three years. Early reporting on the ballot suggests that the extension will pass with 67% of votes, but the union’s Coast Balloting Committee will announce official results on August 4th. The agreement was scheduled to expire on July 1, 2019, but assuming the extension passes, it will be in effect through July 1, 2022. 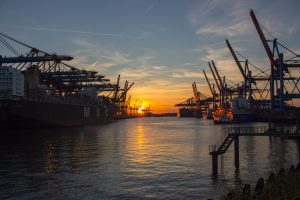 The International Longshore and Warehouse Union (ILWU) voted on the unprecedented extension proposal after a year of debating and democratic process, allowing all registered longshore workers from Bellingham, WA to San Diego, CA to vote. The extension promises to raise wages, solidify health benefits and increase pensions.

ILWU International President Robert McEllrath said “The ILWU was founded on principles of democracy, and the rank-and-file always have the last word on their contracts. There was no shortage of differing views during the year-long debate leading up to this vote, and members didn’t take this step lightly. In the end, the members made the final decision to extend the contract for three years.”