Last month, Mayor De Blasio announced that the city will open a new design campus and manufacturing space for apparel, film and television in Sunset Park, Brooklyn. The Council of Fashion Designers of America is also involved in the development. The new space will be the latest addition to the city of New York’s Made in NY campaign.

New York City has a long and vibrant history in the garment manufacturing industry. Local manufacturing in the Garment District began more than 200 years ago, and was a massive source of employment for European immigrants beginning in the late nineteenth century. Production in the district peaked in 1950, when New York City apparel manufacturers employed 323,669 New Yorkers. However, in recent years, garments made in New York City are much harder to come by. 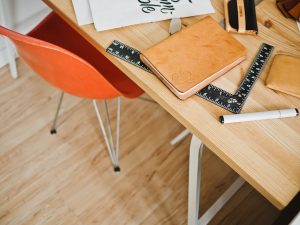 favor over custom pieces, beginning in the mid-20th century. This combined with outsourced manufacturing jobs and exorbitant rent hikes in the Garment District (rent in the neighborhood has reportedly risen 38 percent since 2013) have meant that a number of businesses have had to find alternate accommodations.

The new, 300,000-square-foot space (equipped to host 25-35 tenants from the fashion industry alone) will be at Bush Terminal. Construction will cost approximately $136 million, according to De Blasio’s announcement. In conjunction with the new complex, the city also plans to expand the nearby Brooklyn Army Terminal Building. The terminal’s additional 500,000 square feet will be available this September.

Elected representatives in Sunset Park have some doubts about the plan. Brooklyn Borough President Eric Adams, along with City Council member Carlos Menchaca and Congress people Nydia Velasquez and Jerrold Nadler have reached out to the mayor. They ask that he is conscientious of the effects gentrification may have on the Sunset Park area, expressing concerns that long-term residents will be displaced by rent hikes brought on by the project.

De Blasio was able to subdue concerns to a degree with the promise that the campus will eventually create 1,500 permanent jobs. Construction on the buildings will take a few years and, according to sources, will employ more than 800 construction workers.

Local designers and manufacturers are eager to take advantage of the massive new space, which will provide cheaper rent than the Garment District can currently offer as well as state of the art technology. The space is set to open in 2020.