In the latest round of speculation about Donald Trump’s upcoming presidency, several sources are debating the likelihood of a future trade war with China.

Wall Street has been generally pleased with Trump’s campaign promises to cut taxes, decrease regulation and increase infrastructure spending. However, some are concerned that protectionist policies like tariff hikes could start a trade war if China and Mexico should choose to retaliate.

The promise of bringing manufacturing jobs back to the US and decreasing imports from China and Mexico was a significant point in Trump’s campaign platform. The plan, as it’s been described, is to raise tariffs on US-bound exports significantly, withdraw from NAFTA and the TPP, impose a border adjustment tax on American importers, and publicly accuse China of currency manipulation. The effects of these changes are the subject of significant debate on Wall Street and among international traders in general. Some fear that should there be a trade war, the US would be ill-equipped in comparison with China.

James Wang, a professor at City University of Hong Kong, writes a monthly commentary for the Pine River China Fund. In his most recent installment, he wrote that “decision-makers in a democracy face difficulties coordinating a relief effort and must eventually face a political backlash from impacted domestic producers. On this basis, the Chinese may have more runway to play the long game in a trade war.” He went on to say that China’s government is better positioned to use state resources to soften the blow to the export industry.

Despite speculation, changes to US tariffs and trade 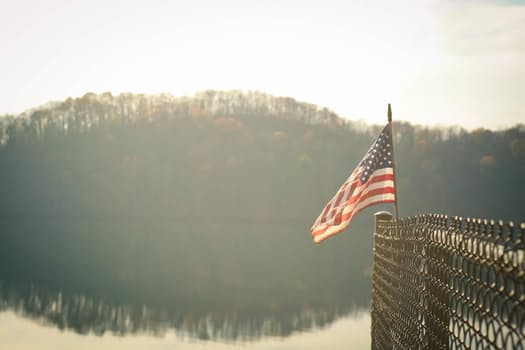 agreements would take time to enact and, according to Forbes contributor Michael Boyd, the likelihood of a trade war is extremely slim. Why the confidence? Because the US imports more than half a trillion dollars in goods from China annually, equal to one fifth of China’s global export total. This means that the US is extremely important to China’s economy and, should the US take a decisive stance on trade going forward, it seems unlikely that the issue will escalate.  Given the circumstances, odds are that the two countries will negotiate new terms and have a stronger business relationship in the future rather than engage in costly posturing on trade policies.

Again, it is impossible to know how or if any of these plans will be enacted and, even if they are, there is no guaranteed result. There is certainly a chance of a trade war, should the president-elect go forward with his plans for trade reform. However, it is just as likely that China’s provocative trade practices will diminish amidst concerns of retaliation and relations between the two countries will improve.

Predicting the future is an excellent way to make business owners and importers nervous, but ultimately, preparing for all possible outcomes is the only way to confront the uncertainty. In broad terms, importers should reinforce potential weaknesses in their supply chain by exploring alternate sourcing options both domestically and abroad.

Despite the fact that producing domestically is notoriously more expensive than overseas, distributors who do the majority of their production overseas, particularly in China, would be wise to make contingency arrangements to bring some portion of their production to the US, or prepare to expand production in existing domestic manufacturing facilities. Although purchasing raw materials and inventory in bulk carries a potential risk of overstock and obsolescence, budgeting for a little extra stock on hand may provide a good hedge to buffer the impact of shocks to foreign supply chains. The advantage of having extra stock for immediate delivery offsets some of the potential risks associated with carrying inventory.

Taking reasonable precautions without breaking the bank may actually offer an unexpected boon to importers willing to adjust their operations and finances to face these risks head on. In short, under a Trump presidency, we are likely to see changes to the trade landscape, most notably between China and the US. As in all cases of uncertainty, the best we can do is prepare and not fall into panic over speculation.