American companies are bringing manufacturing back to the US.

2017 has thus far proved complicated for retailers and US-based wholesalers and manufacturers. Retail shopping has hit a record low and the future of global trade is uncertain at best. President Trump is planning to enact a border adjustment tax as a financial slap on the wrist to companies who continue to outsource their manufacturing. US businesses, however, seem to be adjusting their practices ahead of the legal ramifications.

Businesses and local government officials across the country are watching the current administration closely. With so many proposed changes, several of which are quite drastic, Americans are concerned about if and how the changes will affect them personally and financially. In some cases, this means that companies are boycotting brands owned by the first family due to concerns of conflict of interest. In the case of manufacturing, however, US businesses seem to have no qualms about preemptively bringing their facilities back home.

Interestingly, the move to bring manufacturing jobs back to 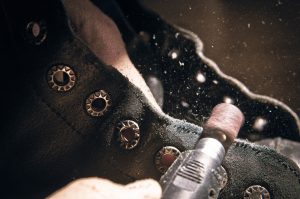 the US began before the election. In the last few years, businesses like GE and Ford have brought a significant portion of their production facilities back. It was a welcome reprieve for American manufacturing workers who have struggled since the turn of the millennium to find jobs.

Sources claim that companies were too focused on manufacturing costs in their efforts to offshore production in the 1990s and early 2000s. In fact, many report that domestic manufacturing is cheaper regardless of higher wages because businesses didn’t factor in freight costs, duties, and carrying costs of inventory. As it happens, these aspects usually make far more difference than manufacturing wages in total operational costs.

The movement to expand domestic manufacturing is not limited to central states, where American manufacturing was most active in the 20th century. The New York City Economic Development Corporation (NYCEDC), the Council of Fashion Designers of America (CFDA), and the Garment District Alliance have announced that they will collectively invest a $51.3 million package in the garment manufacturing industry in New York City. Mayor De Blasio has also made plans to expand manufacturing with a new complex, which is currently under construction in Sunset Park, Brooklyn.