Job creation, especially in the manufacturing industry, is a hot topic in the US right now. Since last year’s presidential campaign, there’s been an ongoing debate among politicians, business owners, and news outlets about the future of domestic manufacturing. President Trump has blamed the uptick in outsourced labor and consequent job losses on NAFTA, calling it the “worst trade deal” in American history. However, numerous sources argue that technology and automation are the real culprits.

Several sources claim that machines (not outsourcing) are responsible for about 85% of US manufacturing jobs lost since 2000. Even so, many American-run companies are bringing domestic manufacturing back in anticipation of potential legal and regulatory changes emanating from the tumultuous Trump administration, like the proposed border adjustment tax. With advances in automation spanning every industry, even farming, and robotic technology becoming more affordable, it is hard to imagine that there are as many potential jobs in domestic manufacturing as voters have been led to believe. It’s easier for candidates to make vague promises than to explain the more complex and subtle truth. Thus, politicians have been stoking voters with pledges to bring back a golden age of employment that no longer exits and is no longer feasible.

Businesses are taking different approaches in their attempts to create jobs. Some are 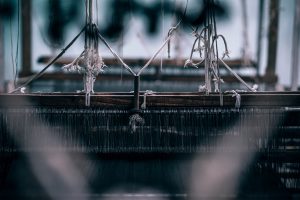 bringing manufacturing back to the US, banking on the cache of goods labeled “made in the USA” and on US consumers to support domestic businesses by purchasing them, even at a premium compared to their imported counterparts. However, since automation has taken over so many manufacturing processes, it is unclear whether it is a viable long-term solution for employment. Others are attempting to create new jobs by consolidating the retail experience. With recent difficulty in the retail industry, particularly among stores commonly found in malls, some retailers, like Walmart, are creating a mall-like experience within their stores. Many Walmart locations now include services like eye care, dining, and salons, which keep customers in the store by providing them with services they already need.

Other sources claim that there is a serious opportunity for job creation inherent in the current rise of e-commerce. As online shopping continues to grow in popularity, retailers who focus on e-commerce are hiring new sales staff at impressive rates. What’s more, comparable jobs in e-commerce have better salaries, paid leave, stock benefits, and insurance than similar positions in their brick and mortar counterparts. Unfortunately, however, these jobs are highly concentrated in major metropolitan areas, so they don’t reach most of the geographical US.

Some experts are still holding out hope for traditional US manufacturing jobs, just not in mass-produced products. In recent years, the US has seen a rise in domestic manufacturing of custom or handmade products. While these products will never reach mass-production volumes, they appeal to the conscientious shopper who is less concerned with cost than they are with knowing where their money is going. These businesses usually use eco-friendly, fairly traded raw materials and typically work on a much smaller scale, in terms of both space and workforce. Since the products are more expensive to make, they naturally cost more for consumers. However, marketing and sales of such products typically target consumers who are willing to pay the extra cost of purchasing ethically sourced goods, so low volumes aren’t as much of a hindrance to the success of smaller scale, eco-friendly, domestic manufacturers.

In contrast with all the above perspectives, some still say that domestic manufacturing employment is already far more prosperous than most of us realize. A recent paper from the Center for Opportunity Urbanism indicates that 52 of the country’s 70 largest metropolitan locations have actually seen an increase in industrial employment since 2011. Forbes agrees and both say that while manufacturing is unlikely to disappear altogether, the issue is not that the industry is disappearing, but rather that it peaked in the 1950s and will likely never reach or surpass those levels again. Both sources blame automation for the sea change in the industry.

Whatever the case going forward, several of the country’s most prosperous industries are changing the way they do business. Many companies employ technology to cut costs and increase efficiency, often at the expense of jobs. Others simply outsource their production to countries with substantially cheaper labor costs. Might this mean that the end of significant employment in the US manufacturing sector? Possibly. The shifting landscape indicates that the new challenge for governments, manufacturers, and especially for retailers, is creating new jobs. So far, that’s job we cannot automate or replace with technology. Either way, it seems clear that, as technology continues to advance, creative destruction will continue to bedevil any semblance of a stable labor market.